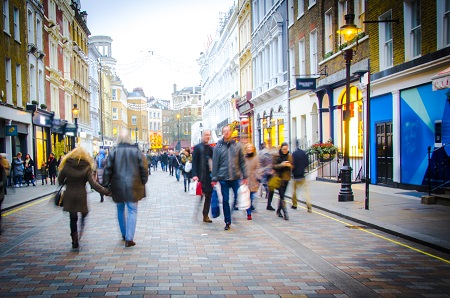 Toys R Us – The toy giant from the US that was a big name on our high streets shut down all of its US and UK stores in April 2018. The company filed for bankruptcy after being accused of not moving with the times – they should have diversified earlier, using their huge warehouses for consumer experiences and also hopping onto the e-commerce market sooner.

Borders bookshop - the ultimate coffee and book browsing store failed to take off when the US opened stores in the UK in 1998. In 2009, it gave in and entered administration, before finally closing its stores in 2011.

Staples – the stationery store closed its doors in 2016 after the UK arm of its business was sold to restructuring firm Hilco. In May 2016 Staples was forced to abandon a $6.3bn merger with fellow US office supply giant Office Depot on competition grounds. Experts believe that Staples downfall was that it existed only for  "distress purchases" and wasn’t capitalising on its potential to get a bigger share of the market.

Blockbuster – a real sign of the times and sad to see 9,000 stores close 2013. The brand should have reinvested and diversified into DVD mail order service which is how Netflix started.

Maplin – the electronic retailer went into administration in Feb 2018. Having failed to secure a deal, 200 stores were closed by June 2018. It is cited that a slump in the pound after the Brexit vote as well as failing to offer a better online service resulted in the closures.

– Founded in 1974, it had 335 stores and employed over 5,000 people, but the competition was tough with Poundland and Poundstretcher. The falling value of the pound after the Brexit meant imported goods cost more. The store closed for the final time in August 2018.

Tie Rack – at its height, this brand boasted 450 stores in the UK and was the emblem of 80s entrepreneurship. However, changing trends and a move toward casual dressing meant the brand wasn’t viable.

Barratts – the high street shoe shop was founded in 1903 and at one time had more than 400 stores, before being unseated by cheaper, foreign product and having no real USP – it just didn’t excel anywhere (unlike, say Clarks that offers second to none service) After going into administration three times, it finally closed in November 2013.

Phones4U – closed a staggering 700 outlets in September 2013, it  more than £200m in debt and struggled to recover when contracts with third-party sellers weren’t renewed.