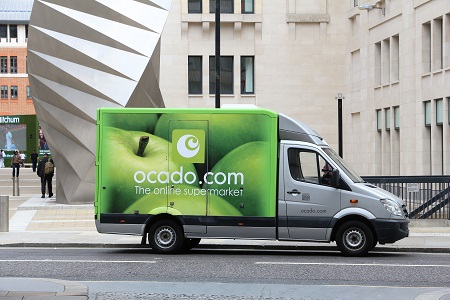 has posted £214.5 million pounds pre-tax loses – four times that from 2018 citing damage from a distribution centre fire as the cause.

Ocado, valued at £8.2 billion, has wiped £111.8 million off the value of its Hampshire based warehouse following a fire last year – which was started when detection systems failed to activate a response.

In addition to the detrimental impact on trading, the fire in February 2019 paid the retailer's ambitious plans which they hoped would revolutionise online shopping; they have recently rolled out their automated technology-driven to other global retail outlets including Korger, Coles and Aeon. The three-story, 18-acre Customer Fulfilment Centre in Andover was manned by 1,100 robots who communicated via a 4G custom-built network, could process over 65,000 orders a week and pack a 50-unit order in just five minutes – making distribution cheaper and minimising error.

Ocado has only been turning a profit since 2015, 15 years after being launched by three Goldman Sachs bankers in 2000. Profits primarily came from the online retail side of the business, however, a move into the technology market with its automated processing and distribution has brought them to the attention of high-profile clients who have called upon Ocado to replicate the automated warehouse for their supermarkets.

The online grocer has partnered with Waitrose for over 20 years, but has now switched allegiances to join forces with M&S in a £750 million joint venture. Despite the fire and the disruption to trading, the retailer side of the business grew sales by 10.3 percent in 2019. Whilst the centre is refurbished, Ocado on new ranges and packaging innovations making sure that there are no gaps in its product ranges when it shifts to M&S.

Tim Steiner, chief executive of Ocado said “Ocado is realising its ambition to change the way the world shops,” and unveiled an Ocado Zoom one-hour delivery service and is planning to open a “mini customer centre” in Bristol.

The irony is not lost on us that a simple malfunction in has caused this financial nosedive – cementing the theory that technology is great when it's working but can be catastrophic when it has a blip. Let’s hope that robots are more obedient.